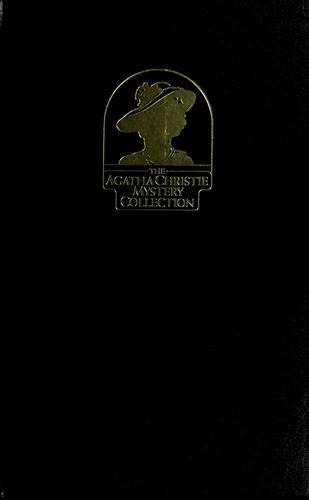 The body in the library - Agatha Christie

Gossington Hall is the residence of the very conventional retired Colonel Arthur Bantry and his wife Dolly. One morning, the maid finds a dead body in the library. It is a young woman, flashily dressed and made up, with platinum blonde hair, and completely unknown to the Bantrys. She was strangled. The Colonel calls the police, and Mrs Bantry calls her old friend, Miss Marple.

The police investigators include Inspector Slack and the Chief Constable of "Radfordshire", Colonel Melchett.

No one can identify the dead girl. Suspicion falls on a neighbour, Basil Blake, an artist who designs movie props for "Lemville Studios", and whom Colonel Bantry dislikes. Blake had been dating a platinum blonde, Dinah Lee, but she is very much alive.

The autopsy reveals that the girl died between 10 PM and 12 AM the previous evening, had been heavily drugged, and despite her tarty appearance, was a virgin.

Ruby Keene, an 18-year-old dancer at the Majestic Hotel in nearby Danemouth, is reported missing. Josie Turner, Ruby's cousin, and dancer and bridge hostess at the Majestic, identifies the dead girl as Ruby. Josie had hurt her ankle, and had Ruby fill in for her as hostess and exhibition dancer with Raymond Starr, the hotel's tennis and dance instructor. Ruby went missing the previous night; Josie had to perform the midnight exhibition dance with Raymond, despite her ankle.

However, Josie had not called the police to say Ruby was missing; that was Conway Jefferson, a wealthy old man staying at the Majestic who had become fond of Ruby. Several years before, Jefferson lost his wife Margaret, son Frank, daughter Rosamund, and both legs in an air crash; he is now accompanied by Rosamund's widower Mark, Frank's widow Adelaide, and Peter, Adelaide's young son from her first marriage. Mark and Adelaide are his heirs.

Conway is an old friend of the Bantrys. Dolly and Miss Marple move to the Majestic to investigate further. As Danemouth is in the next county, "Glenshire", Superintendent Harper of the Glenshire police joins the investigation.

Conway planned to adopt Ruby, and to leave her his remaining fortune. This would effectively disinherit Mark and Adelaide. But they have alibis: they were playing bridge in the hotel ballroom with Josie and Conway, while Ruby danced with guests, until after midnight. Ruby's last partner was guest George Bartlett, whose car has been stolen.

Conway asks his old friend, retired Scotland Yard commissioner Sir Henry Clithering, to investigate. Clithering tells him about Miss Marple. Miss Marple fears that if the case is not solved, the Bantrys will be suspected and shunned permanently.

The police suspect that Ruby went off to meet a boyfriend, who strangled her and left her in the Gossington library. Conway's valet Edwards saw a snapshot of Basil Blake fall out of Ruby's handbag, which points to Blake.

Adelaide is a devoted mother to Peter, and Mark deeply loved Rosamund. Conway made large settlements for his children, which passed to their spouses, so they would have no strong motive to do away with Ruby. But Mark has gambled away Rosamund's share, and Frank lost his share in bad investments before he died. Thus Conway's adoption of Ruby would leave Mark and Adelaide with nothing.

Bartlett's burned-out car is found in a quarry with a charred corpse inside. From clothing and badges, the corpse is identified as 16-year-old Girl Guide Pamela Reeves, missing since she went shopping the day before the other corpse was found.

Miss Marple learns from Pamela's friends that Pamela had been approached by a "film producer" and offered a screen test, and that she was going for the test, not shopping.

Miss Marple tells Dinah Lee that she has discovered that (in defiance of bohemian "convention"), Dinah and Basil are married, and that Basil will be arrested for killing Ruby. Basil confesses that after quarrelling with Dinah at a studio party, he went home and found Ruby's body. In a panic, he dumped the body in the Bantrys' library. The police arrest him.

Miss Marple, Clithering, and the Bantrys return to the Majestic with Melchett and Harper. Miss Marple visits Somerset House (to learn something concerning marriages). Then she asks Conway to tell Mark and Adelaide that tomorrow, he will change his will, leaving his money to a hostel for young girl dancers in London.

At 3 AM, an intruder tries to murder Conway in his bedroom, and is caught in the act by the police, but not named.

When Dinah mentioned Somerset House and marriage, Miss Marple thought to visit there, and discovered that Mark was married to Josie. Upon finding out that Conway planned to adopt Ruby, they decided to murder her and frame Basil.

Mark and Josie lured Pamela to the hotel for the "screen test". In Josie's room, they dressed her and made her up ("for the test") to resemble Ruby, then drugged her. During the bridge play, Mark took a break "to write letters", but actually took Pamela to Blake's house and strangled her. He returned while Ruby was still dancing in the ballroom, and remained till after midnight, thus having a perfect alibi for her supposed time of death.

Just before midnight, when Ruby left to change for the exhibition dance, Josie followed her and killed her in Josie's room. Then she performed the dance with Raymond. Later, she dressed Ruby in Pamela's Girl Guide uniform, clipped down Ruby's nails, and took her in Bartlett's car to the quarry.

But there was no evidence of this plot. So Miss Marple laid a trap for the murderers, baiting it with Conway's supposed new plan to leave his money elsewhere. While Mark went out with friends, Josie would inject Conway with poison, and then push one of the ornamental stone balls off the roof. The very loud crash just outside his window would account for Conway's apparent death from heart attack.

Seeing Josie arrested and the plot exposed, Mark breaks down and confesses. The book ends with some happy news for other characters.

The body in the library - Agatha Christie